Big City vs. the Suburbs: What’s Best for You 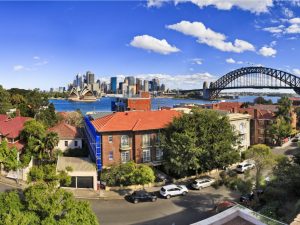 When the time comes to change locations, one of the major considerations to make is whether to live in the big city or the suburbs. Which one is best for you depends largely on the current circumstances of your life and your future goals.

Are you single and looking to settle down with someone? Are you married and getting ready to start a family? Are you nearing the end of your working years and scaling back? Do you want to rent or own? These are just some of the factors to consider when you are planning your move.

To help decide if living in the big city or the suburbs is best for you, it helps to analyze your housing priorities. Decide which factors matter to you the most. The main factors to consider are cost, space, safety, health, socialization or accessibility and convenience. If you are moving with your family, make sure everyone has a chance to voice what they want. Once you know what sort of lifestyle you need to support, you have an easier choice deciding between living in a big city or moving into the suburbs.

Related Article: Home Buying: What can you afford?

Other factors, like transportation, health care, groceries and entertainment, are all cheaper in the city. In addition, urban conveniences allow you to save on some major expenses in the city. For example, public transportation reduces your fuel costs, auto insurance premiums and car maintenance and repair bills. Your savings may change depending on your lifestyle choices. If you do try to keep a car in the city, for example, parking expenses, traffic tickets and fender benders can wear down on your savings.

According to current real estate statistics, the suburbs offer you an average of 300 square feet of additional living space over the city. Outside of your living space, there is more open outdoor space like parks, beaches, playgrounds and lakes in the suburbs than the big cities. If you want outdoor space all to yourself, private yards are far more abundant and larger in the suburbs than in the cities. Inside or outside, there are also fewer people per square foot in the suburbs than the cities, with more than half the population of the world living in big cities despite cities occupying a minor portion of the world’s surface area.

Statistics from the National Center for Victims of Crime and the FBI reveal greater property crime, violent crime, theft and household burglary rates in the cities than in the suburbs. Whether you have kids playing outside or you like to stay out late at night, you can feel safer sleeping, working and playing in the suburbs than in the cities.

In the city, you are surrounded by noise and air pollution. Stressors like crowds and traffic are also common no matter the time of day. Germs are everywhere, and illnesses spread fast. It is easier to get sick in the city than the suburbs. However, this is somewhat balanced out by having access to better healthcare in the big city versus the suburbs.

You can face loneliness in both the barrenness of the suburbs and the anonymity of the big city. A large factor in overcoming loneliness has to do with your own willingness and motivation to get out of your shell and socialize. The big city makes it easier to do this, with more social and entertainment opportunities, often for free. These locations are also much easier to access, whether by foot or public transportation. There is also more cultural diversity in cities, exposing you to a wider range of backgrounds, personalities, experiences, ideas and beliefs.

In many big cities, stores are open around the clock, or they at least remain open later than stores in the suburbs. If you work longer or odd hours, you may need this convenience to meet your essential shopping needs. Stores having longer hours also means the stores need more employees to cover the time they are open, so there are typically more job opportunities. Business and public facilities are much closer, more abundant and easier to get to in the city than in the suburbs as well.

In many cases, you can walk or take public transportation to the post office, doctor or local bar. In the suburbs, chances are each errand and outing requires a drive. While buses, taxis and ride-sharing services are certainly available in the suburbs, they are less abundant and readily available. Cities add to these options with subways and greater proximity to most major airports.

In the city, home deliveries are also more readily available, and for more than just meals. Utilities like cable television and internet are often faster and more reliable in cities than suburbs.

There are several factors parents must consider when choosing where to live, such as school and childcare options. Public schools get higher ratings in the suburbs than the cities, overall. Not all school districts are alike, however, even in the suburbs. Make sure the district or the neighborhood you choose has schools with the curriculum you desire and the services you need. Sometimes, an urban school may have more extracurricular activities, family services, transportation, robust sports and arts programs. Childcare can be cheaper and easier to obtain in the suburbs. Issues of safety, space, cost, health, socialization and entertainment, accessibility and convenience are all relevant factors as well for families with children. For example, a home with a yard is often a greater priority for parents of kids than childless couples.